How To View Campaign Analytics

VIDIZMO Campaign Analytics provides the user the information specific to a certain campaign and enables you to decide how effective is that campaign. The Administrators can view relevant information and analytics regarding enrollment, views, completions, average score, etc.

Here is how you can view campaign analytics: 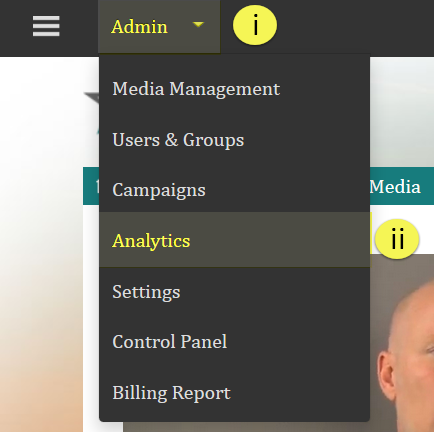 1. Click on How are my Campaigns performing in terms of enrollment, views, completions, average score, etc.? under Campaign Analytics.

The Campaign Performance report will generate which shows the number of enrollments, viewers, media along with its views and completions, and average score. This report can be generated for all or selected campaigns within a given timeframe. The report comprises of the following:


Click on the campaign title to view Campaign Information.

The Campaign Information will appear. It is further classified as:

The Basic Details include:

This section shows which media is included in the campaign. It displays the title, description, and duration of all media in a tabular form.

This section shows the name, email address, invitation and enrollment date of a user in the campaign. 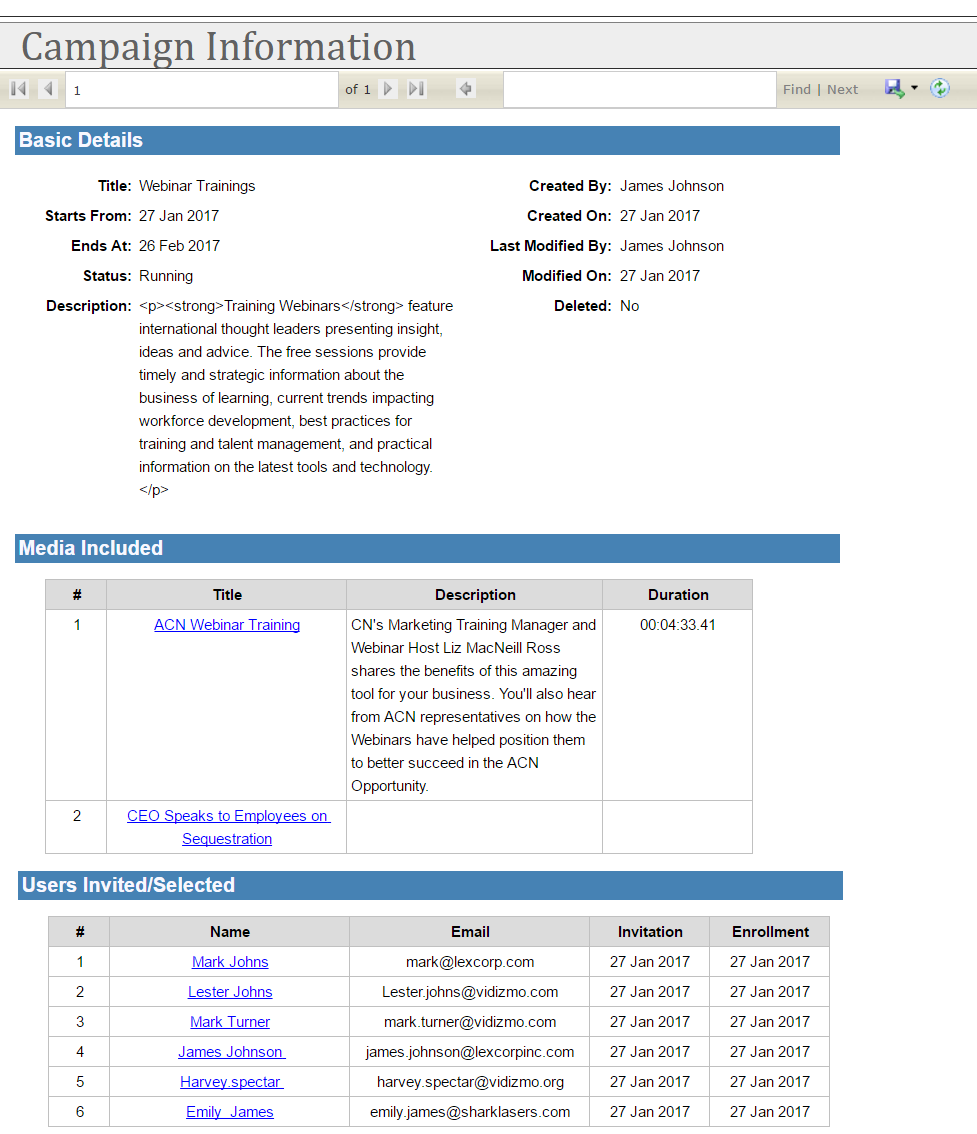 You can also refine your reports by using the following filters:

i. Effective Date: The start and end date till when the campaign effective.

iii. Status: The status of the campaign could be Running, Paused, Cancelled, Upcoming, Completed, or ALL.