How To Feature A Media On Homepage

VIDIZMO Administrator/Manager can feature videos on the homepage. These are the videos that appear on the homepage by default. Featuring is the best way to promote a new video to all users.

VIDIZMO's Media Management enables Administrators to feature media on the homepage of a channel.

Once a media is featured then it can be seen on the right side of the screen. Moreover, the featured media on the channel homepage can be arranged in any sequence as required.

Only Administrators can feature a media on the homepage. The availability of this option is restricted to Account only since all the Account and Channel media are grouped together.

1. At the Account/Channel homepage, go to Admin >> Settings. 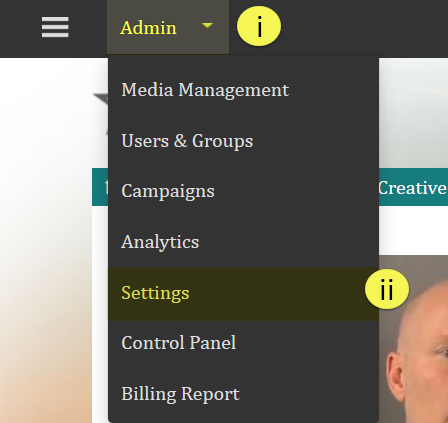 2. At the Settings page, you will be redirected to the Homepage tab.

i. Click on the Search icon under Featured Media.

ii. An expanded window will open which lists all the existing media in small thumbnails. Hover on the thumbnail of media that needs to be added to the featured list.  Click on the + icon on media thumbnail to add your selected media in your featured list.

iii. You can feature as many media as desired by following the steps i and ii. Click on the Close (X) icon once done.

Note: If a media is already added to the featured list, you will get a notification stating: media already exists.

4. Your desired media will appear in the featured list. From here:

i. Users can sort their Featured Media files through drag and drop action of the chosen media. This enables users to customize the list as per their preference.

ii. You can delete your featured media by clicking on the Delete icon.

6. A message will appear stating: Channel details have been updated successfully. Click on the Go to Channel Homepage link to watch your featured media.

7. Your featured media will display on the Account Homepage. 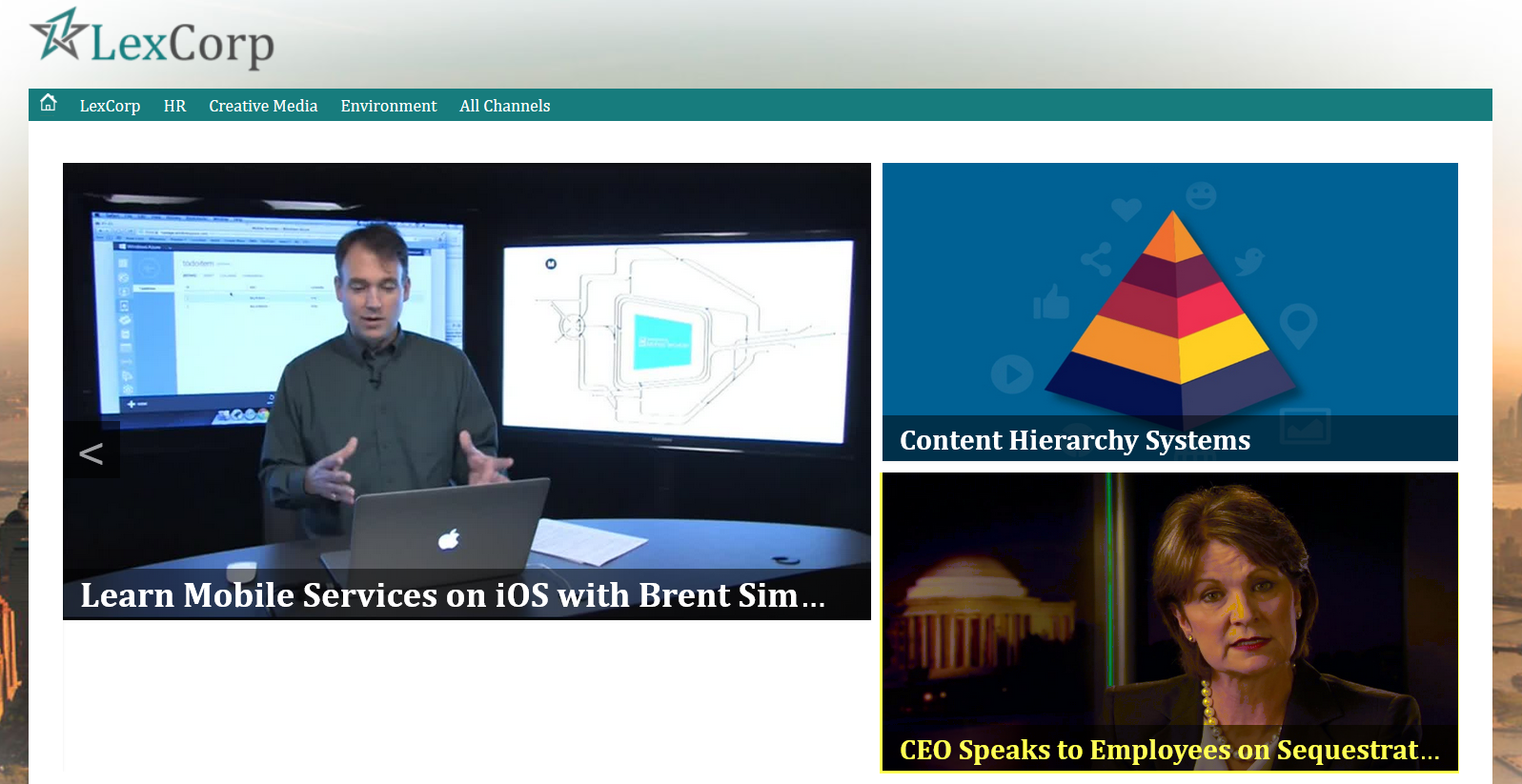 3. At the Upload Media page, click on Capture/Browse & Upload and select any digital media file that you wish to upload.

4. At the Media Settings page, select the Access tab.

i. Select the Featured Media checkbox to feature your uploaded media under How to access it section. 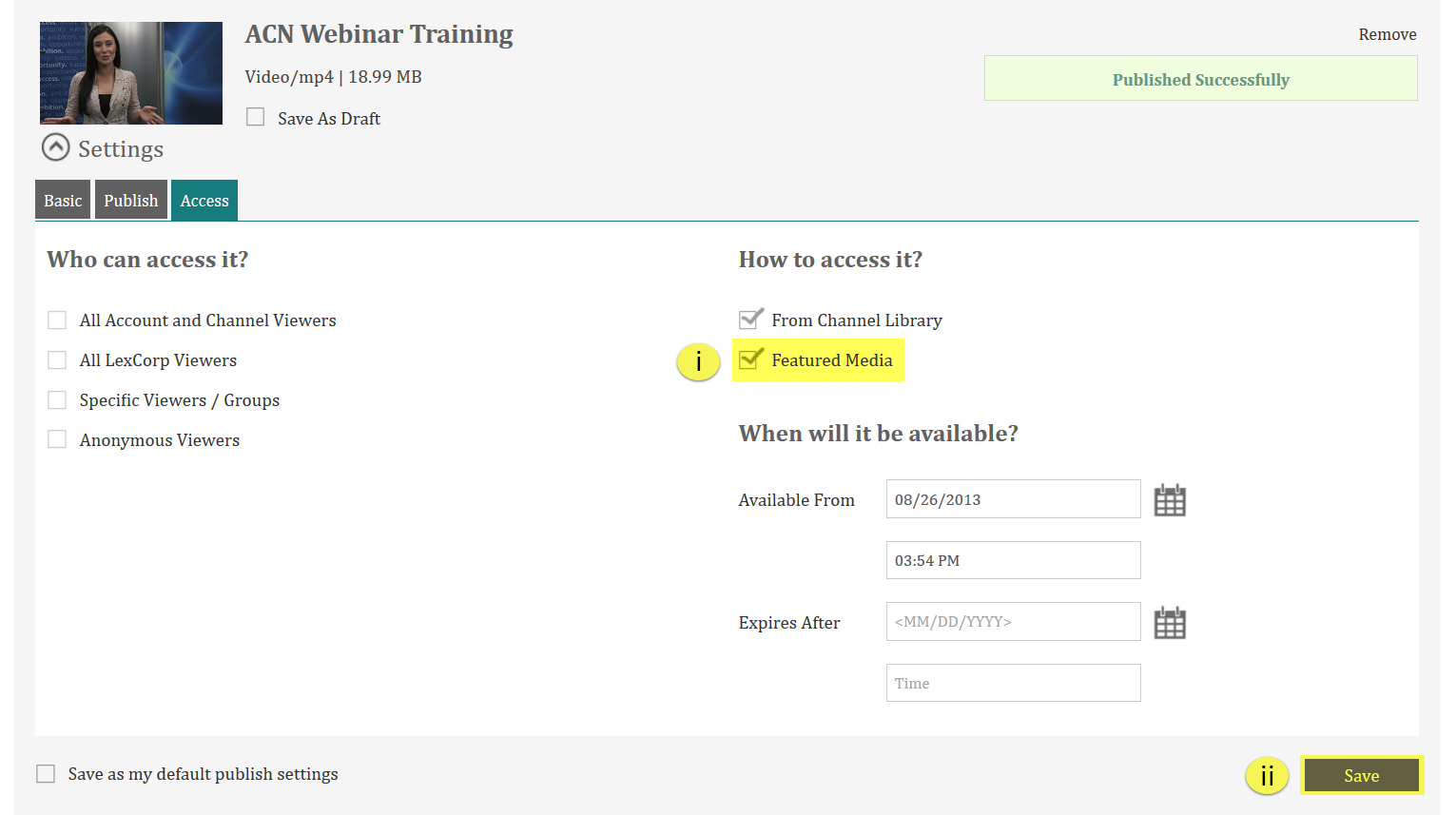 6. Your featured media will display on the Account Homepage.