VIDIZMO V5 Getting Started My Reports

How To View Personal Viewing Reports

Viewing Reports provides information regarding how many media have been viewed by a user. The viewed media can be searched by title as well as by applying filters such as campaign, media category, date, and state. Furthermore, a user can see the details of every media viewed such as time spent on it and the certificated awarded.

Here is how a user can view personal viewing reports:

1. At the Account/Channel homepage, go to User Menu >> My Reports. 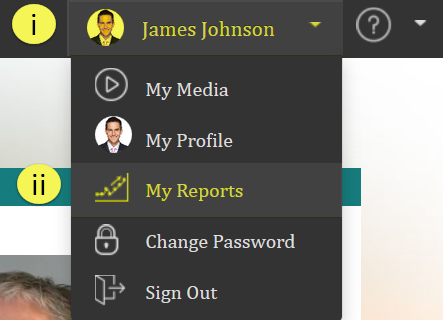 1. At My Reports page, click on Which Media have I viewed? under My Viewing Reports. 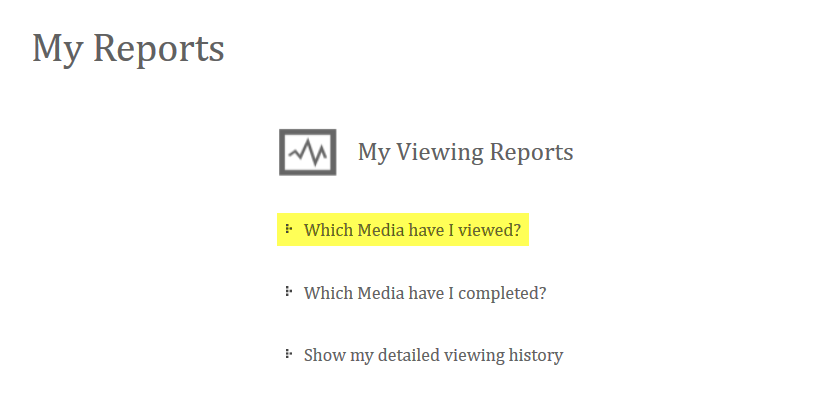 My Viewed Media report shows the media which you have viewed along with completions, average score, average rating, and total viewing time. The report is generated automatically when you redirect to the page. It can also be generated by a selected media or a campaign. The report comprises of:


Click on the + icon against the media to view the list of Campaigns in which the media is added. 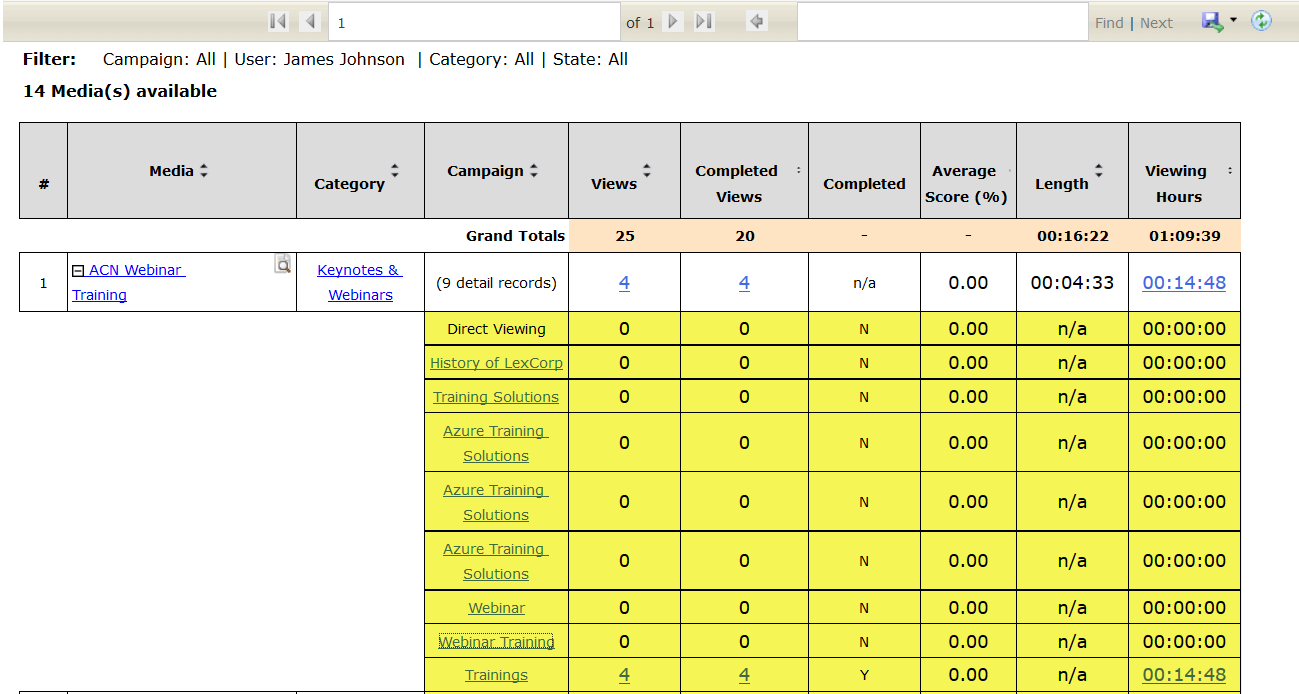 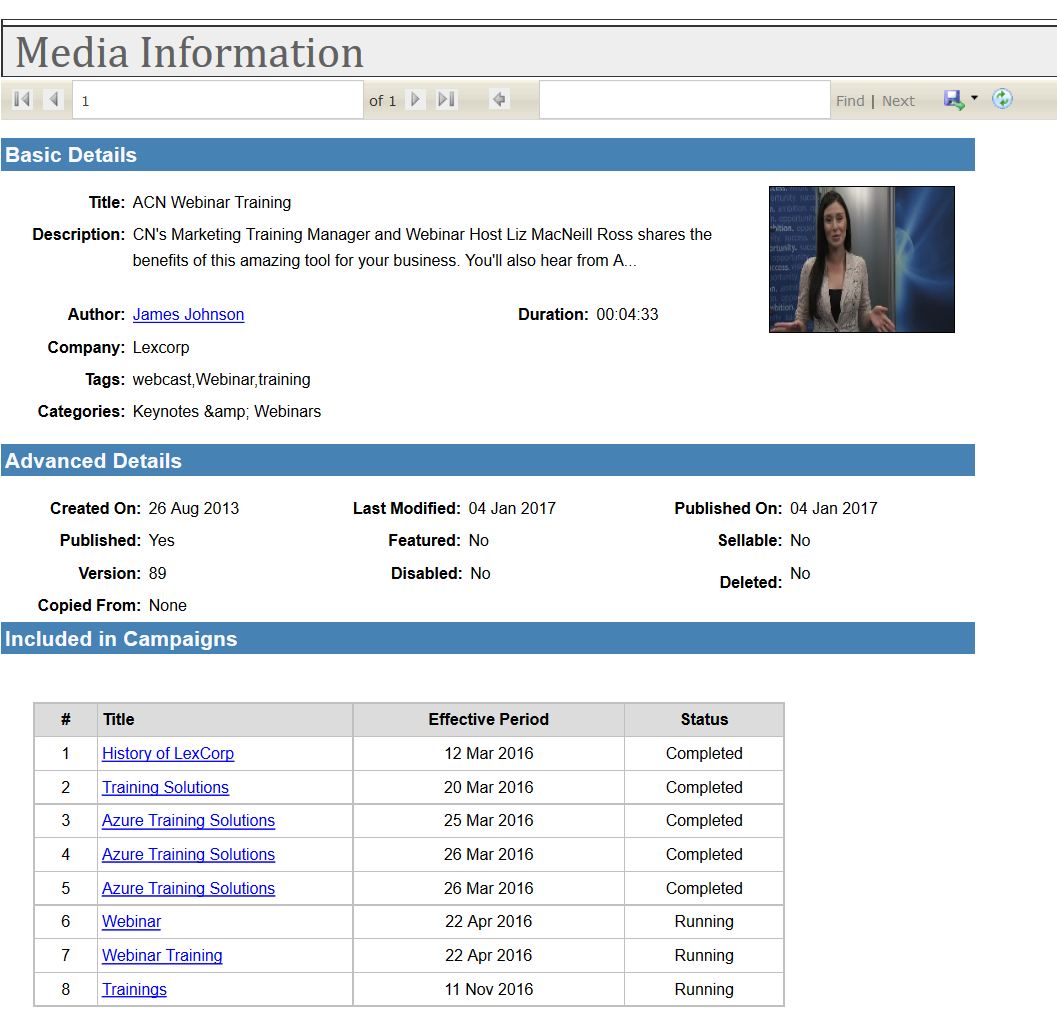 iv. Category: This filter will show the viewed media of the selected category.

v. Title: You can also filter the Viewed Media by entering a title. All media files will display in the results if it contains the title you have entered.

vi. State: The status of media could be Drafted, Deleted, Published, or ALL.

My Viewing Reports generate two types of Detailed Viewing History reports which are:

i. This generates a report from where you can view the complete viewing history of media. Note that this report is only for the media which you have completed and can be generated for a selected media or a campaign which is viewed completely in a given timeframe.

ii. This report will generate your Detailed Viewing History in an account/channel. This report can be generated for a select media or campaign within a given timeframe and shows all media which has been viewed irrespective of its completion progress. The highlighted record shows that the media is not completed. 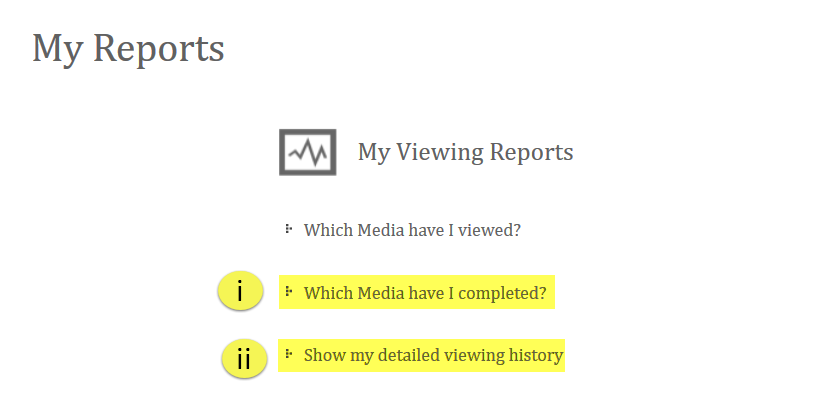 The reports comprise of the following: 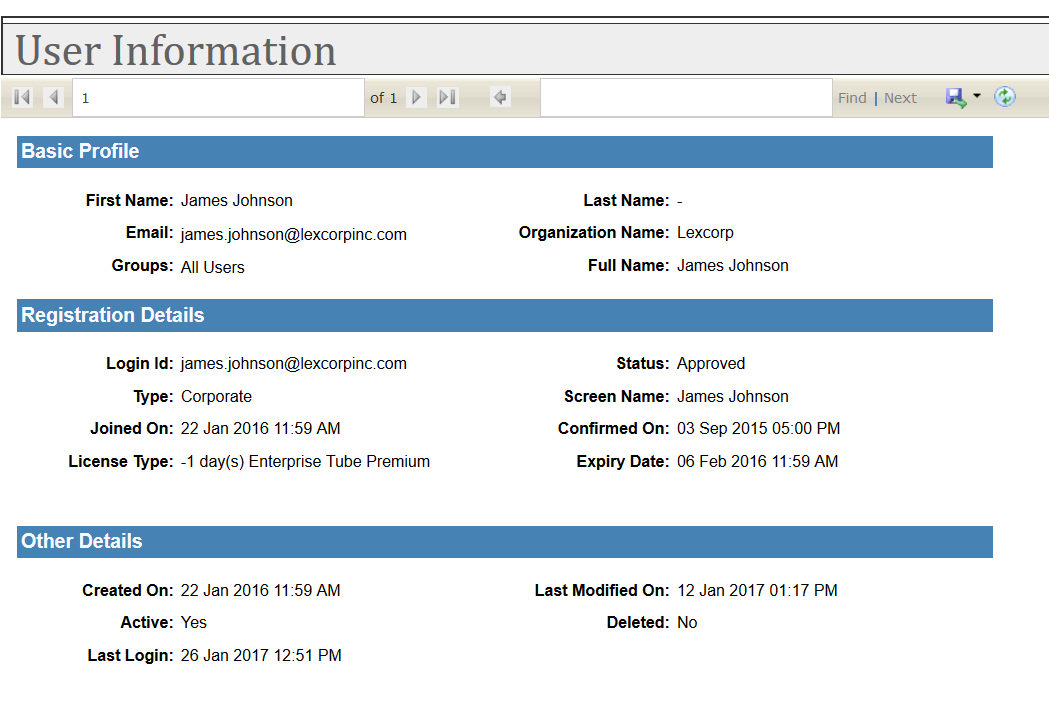 You can view the completion certificate of media by clicking on the Certificate icon in the Completed column.

The Completion certificate of that media will display. 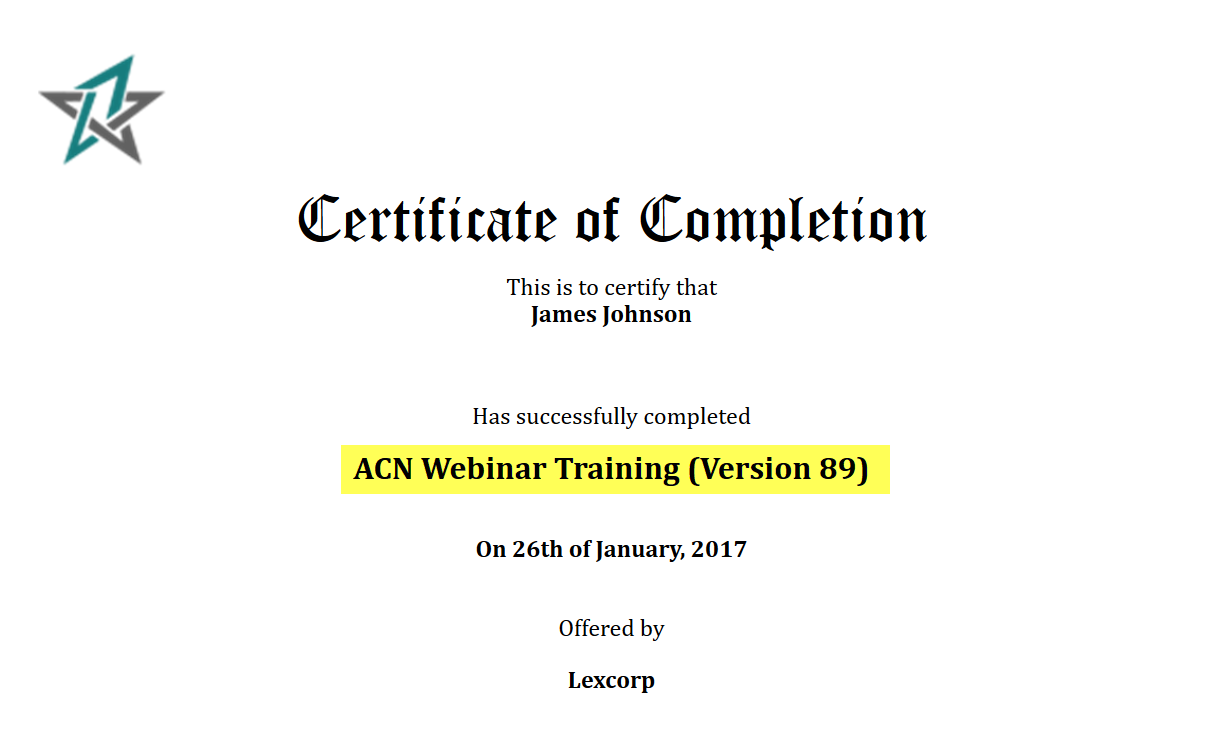 iv. Media: This filter will show the detailed viewing history of the media selected from the dropdown list.

v. Media Type: The Media Type could be Channel, Purchased or ALL.